Assessment of The Use of City Park In Bandung : Case Study in the Park Maluku Bandung

There are quite a lot of parks in Bandung them very intensively used by people but none of them have less in interest. Maluku park is one of them. Based on the observations, his lack of interest of the people visiting the beauty of the park is due to the influence of the old image as a hangout embarrassment park transvestites and many homeless people who inhabit the park. Bandung city government efforts to install a fence so as not to aggravate the condition undermined. The cause of this park is used as a homeless shelter because there are buildings that cover a tennis court making Maluku into the rear garden. Thus enclosed garden to be a place that is convenient for the gathering of the homeless. The solution of this situation is to change the tennis court into an open space facing the embarrassment as a view park. 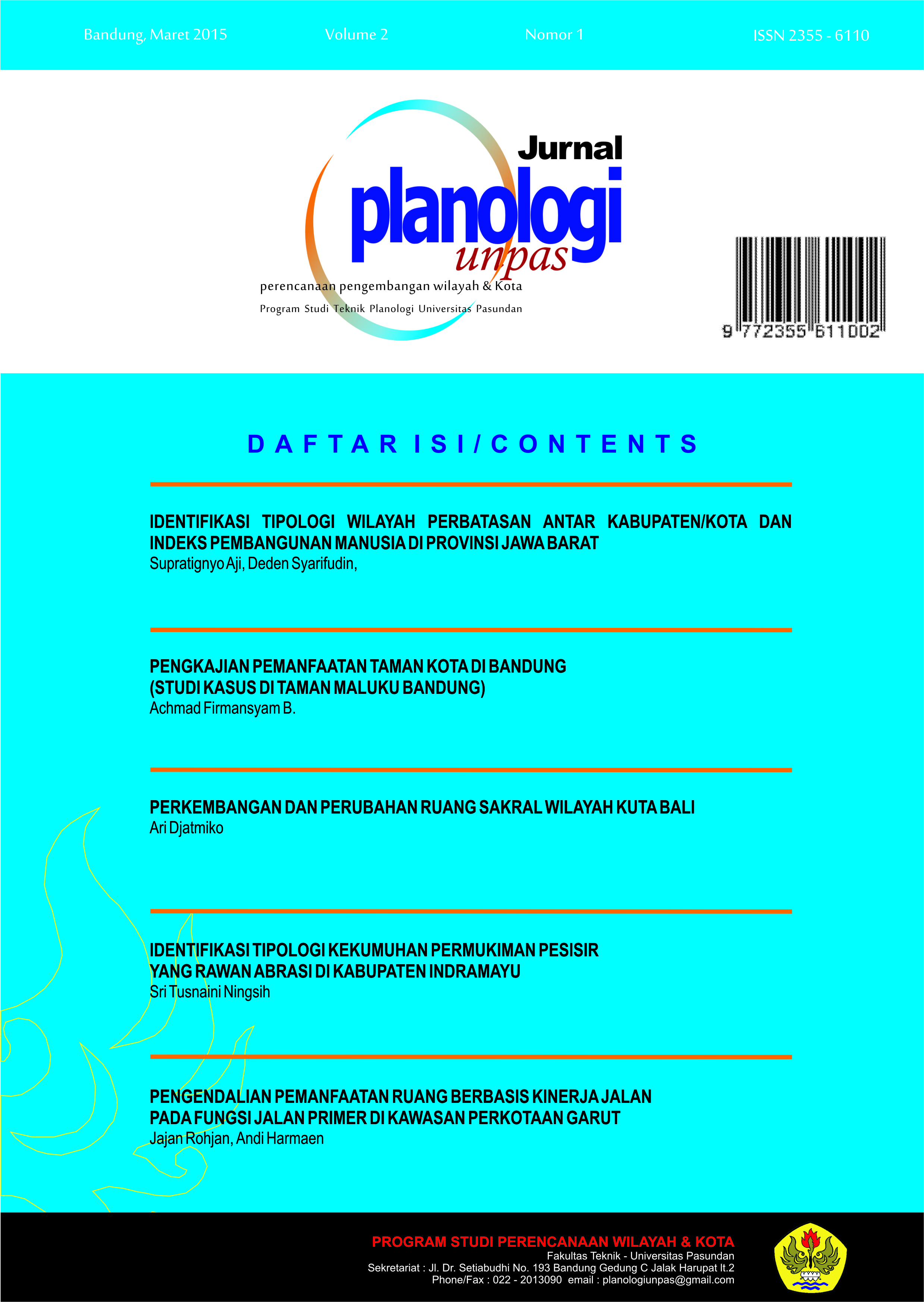